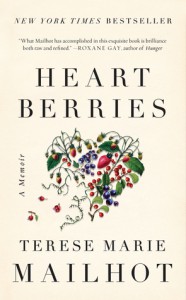 I don’t feel that I can rate this short, not-quite-chronological memoir. It’s certainly well-written, and deals with a lot of heavy topics, but this sparse, symbolic, stylized form of writing isn’t one that quite works for me. Entire stories are distilled into a single paragraph or even sentence, and so much of the way the author sees the world is figurative. Major elements are skipped over entirely: the author spends much of the book lamenting an intense relationship with a man who doesn’t seem to respect or care about her very much, who brings out the worst in her and whom she believes doesn’t understand her. And then suddenly, he’s her husband, and apparently remains so, in what seems like a terrible choice based on everything she’s written here, though it’s so brief it can hardly be the complete story. At the same time, it’s really great, polished writing, and highly re-readable. Those who enjoy very literary memoirs will probably eat this up. Others might be left confused or nonplussed.