The Lion Seeker by Kenneth Bonert 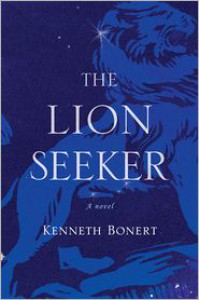 This is an engaging historical novel, and given the quality of writing and characterization I can see Bonert going on to write excellent literary novels in the future. This one falls short of its ambitious goals, but it’s still worth a read.

The Lion Seeker follows a young man named Isaac, a Jewish refugee from Lithuania, growing up working-class in South Africa in the 1930s. Numerous threads follow various aspects of Isaac’s life: his complicated family, his romance with a rich girl, his work – this last is a surprisingly large part of the book, as Isaac is pulled between his own desire to work on cars (encouraged by his craftsman father) and his mother’s urging that he make as much money as possible, by fair means or foul. The social situation of the day also intrudes, both in ways that make Isaac’s blood boil (anti-Semitism) and ways he refuses to acknowledge (oppression of black South Africans).

All these threads are woven together in an engaging way. The style, meanwhile, is on the literary side and takes a little getting used to: quotation marks are not used, and there’s a lot of South African slang. It’s all easy enough to understand if you roll with it, and the local language lends vibrancy to the text. The characterization, meanwhile, is very strong. Isaac is a prick – selfish, none too bright, easily moved to anger and violence – but drawn so believably that rather than spending time disliking him, I was engaged in seeing how his life would play out. By drawing readers into Isaac’s life, Bonert does a great job of creating empathy for him without trying to convince us to like him.

My biggest issue with the book is the way it falls apart towards the end. Isaac does something awful, though understandable given the hundreds of pages we’ve read before, and then the book mostly peters out. He joins the army, which we don’t see, but which is perhaps meant as some sort of atonement, and then he returns home and still is not particularly remorseful, and finally the book ends with little sense of any thematic arcs coming to a close. I was left wondering about the point of many of its threads, especially the romance (which was always the least believable aspect of the book, though at least it ends believably). What is this book ultimately about? It’s hard to say. And for such an ambitious novel, that is an issue.

I’ll also add, even for folks who don’t think of themselves as sensitive readers, that the book includes a couple of particularly horrific death-by-torture descriptions. Honestly, they’re so gruesome I’m not even sure I find them believable. It seems like there’s so much of this out there now that authors feel they have to outdo all other authors for such scenes to have an impact.

Ultimately, I did enjoy this book, and for immersion in a time and place and in the life of a flawed protagonist, it’s excellent. I look forward to seeing what Bonert writes next.